Sensor Glass
PCAP touchscreens are comprised of a glass sensor employing a conductive coating on one side. This coating has transparent electrodes usually arranged in a grid-like matrix pattern. Each individual electrode is connected to the controller electronics by a ribbon cable.

When a touch command is made, an electrical radio frequency (RF) travels through the nearest X or Y plane electrode to the point of contact of the user’s finger. The finger touch capacitively couples the electrode to another that is running in the opposite plane. The controller knows which active electrode it sent the RF through and which electrode in the opposite plane it’s seeing the RF coupling through to. That X and Y point is the registered as a touch event.

Cover Glass
Other than the sensor glass, the typical projected capacitive touchscreen design includes a cover glass as well. As the name suggests, it is a usually thin layer of glass laminated to the sensor glass which acts as a cover to protect the electrode pattern of the sensor glass.

This glass cover has nothing to do with touch-sensing functions and simply exist as an outer layer of glass that shields and protects the sensor glass from damage.

PCB Controller
The third and final component of a PCAP touchscreen system consists of a printed circuit board (PCB) controller. This touch controller works in combination with the sensor glass to detect touch commands. As described above, it sends active RF signals consecutively to each electrode in one plane X or Y and listens for any returning RF signals in the passive opposite plane which it would recognise a s a touch event.

The PCAP touchscreens from the A D Metro are available with two enhancements- surface glass enhancements and substrate glass thickness, that offers durability and longevity to your applications.

What are the Best Choices for Waterproof TouchscreensNews 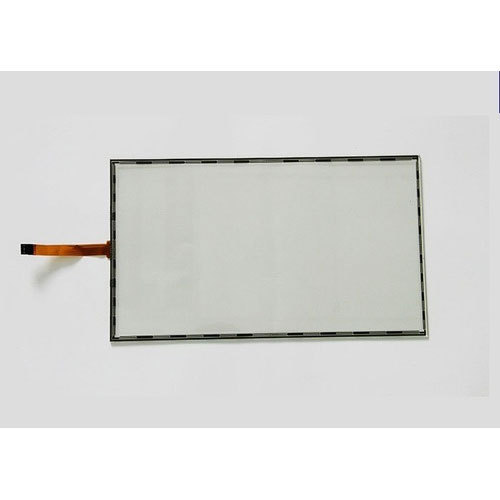 The Basic Difference Between 4-wire and 5-wire resistive touchscreensNews